Feeling a little behind

All my knitting friends and non-knitting friends (but they're all still really crafty!) are scoffing right now at that title. Maybe it's just cause RL is busy with visits from old college friends and general summer activities with the Monkeys. Or maybe it's when the summer fog comes in and hovers around that makes me feel all emo and not very zen. Who knows. 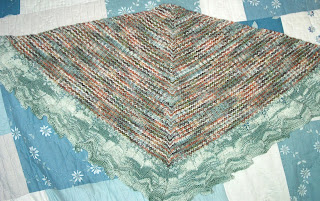 But see, I am behind on blocking my second Ulmus! One bed is unavailable since my sister is staying with me 'til she gets settled in after her move up here. And I just need to find the time to clear off the other bed to have the space to do it. So very briefly: 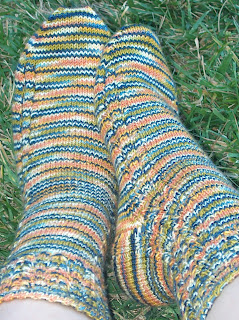 As Tapmouse says, you can't just have one (pair) when it comes to the Cottys. Lovely written pattern & definitely a quick knit. 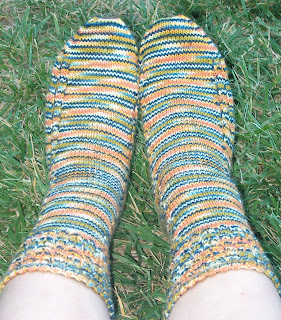 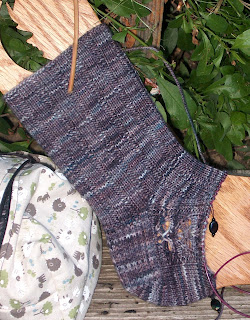 Also moving along, though much more slowly as I'm on the traveling lace panel portion, is my first Kai Mei sock. The Pigeonroof Studios Siren Two sock yarn (superwash merino/cashmere/nylon) is so scrumptious.
Posted by Unknown at 9:11 PM 5 comments:

I finished my May RSC sock pair just in time. Don't scroll down too far if you don't want to be spoiled with the July RSC kit. 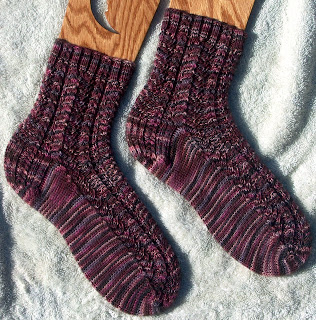 My back is much better, but not 100% so I'm not chancing the contortions needed to take a pic of the pair on my feet. 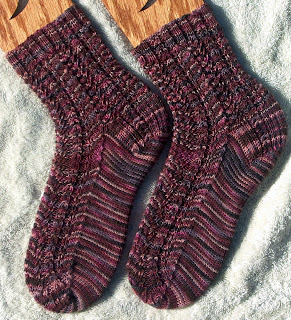 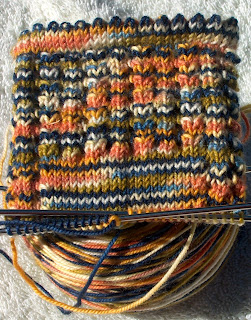 After an aborted attempt at the Dippers pattern (cool pattern, non-pleasing-to-me fat striping of the colorway), I cast on for another pair of Cottys, this time in STR lightweight in Plankton Ooze. Much better color patterning. I will definitely re-cast on for the Dippers, just in a more semi-solid colorway. 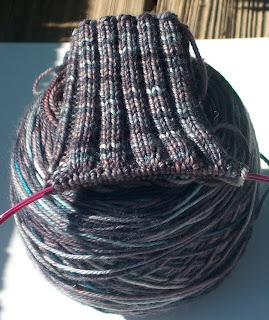 But while at the doctor's last week, I cast on for another Cookie A sock, Kai-Mei, since I wanted something more portable than my other WIP's and much, much easier, at least for the leg. The yarn is Pigeonroof Studio's Siren Two sock yarn in Midnight Haze. 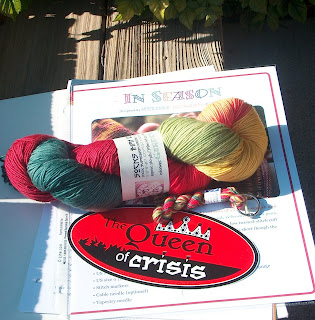 What can I say about the July RSC kit that hasn't already been said. Bright fun colorway, interesting pattern, and kick-@ss bumper sticker.
Posted by Unknown at 6:00 PM 4 comments:

Monkey1 took this on the way to the little lake where we've been hanging out most of the week: 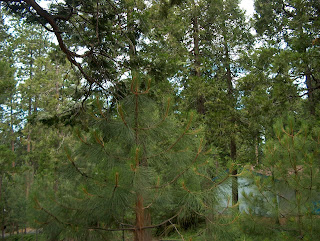 I have no idea where Monkey1 took this pic, so I'll say it's in the cabin neighborhood: 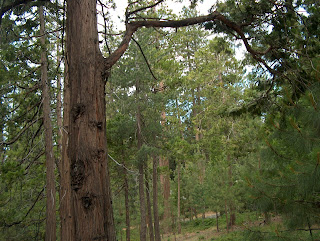 Love all these pansies popping up in the drainage ditches around the neighborhood: 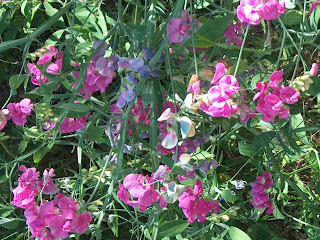 With a little pop of yellow as well: 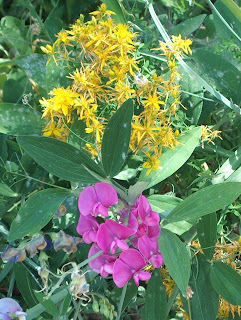 Lots of these to blow on: 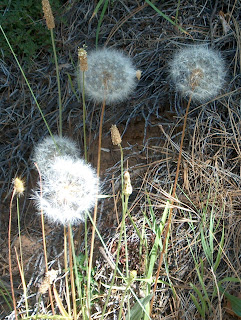 All my vacation WIP's minus my Digitessa which is only halfway through the gusset: 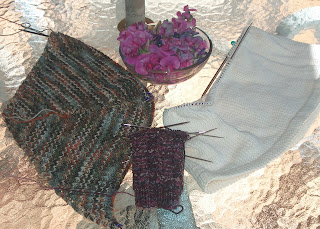 Left to right: Around the pansies our friend picked, my second Ulmus (Potomac/Falcon's Eye) almost to the small size count, Fraggle Squiggle almost to the heel, and Monkey1's tiered skirt almost to the the next tier.

We're so pooped out, we may need to catch up on our rest at work. ;)

Happy 4th of July and Happy Birthday Wei!
Posted by Unknown at 10:29 AM 3 comments:

Halfway through our vacation and we've got:
- one pre-trip orthodontic emergency
- one major knee abrasion
- one horse fly bite (Ow! Foolish me wearing capris & not jeans)
- multiple mosquito bites

- and two pairs of socks done: 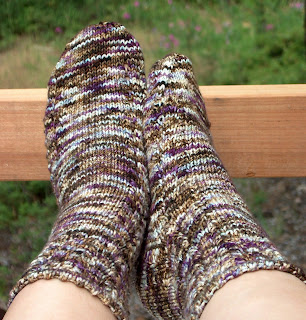 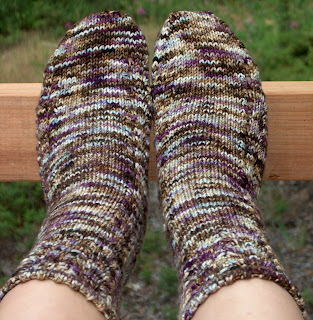 I'll probably knit this pattern again in STR since we're having a Cotty and Dippers KAL on the Socks that Rawk Rav group. 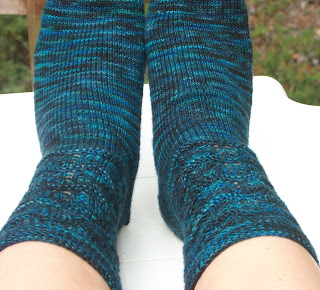 Leg pattern is Crest of the Wave using the chart from Charlene Schurch's More Sensational Knitted Socks. Since the Rare Gem colorway reminded me of the tonal & shade changes of the Pacific Ocean from the shoreline to the horizon, I thought the Crest of the Wave pattern fitting.

I think that'll be it for the vacation FO's. The rest of my WIP's (Ulmus II, Monkey1's tiered skirt, Digitessa sock 1 (still!), and Fraggle Squiggle) aren't far enough along that I'll get any completed by the end of the week. That and I'm boucing between all of them so no one project is getting my focused attention.
Posted by Unknown at 11:01 AM 6 comments: